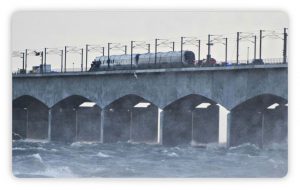 The interim findings from the National Investigation Body (NIB) of Denmark show that semi-trailers may not be sufficiently secured against movement when transported on pocket wagons. In particular, the mechanism that ensures the locking of the kingpin in the hitch (type FW6170) of the pocket wagons was found to be unlocked on several occasions.  This is why the Danish NIB issued a safety alert and the Danish 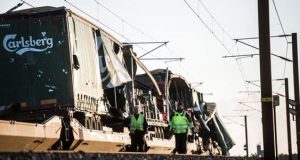 National Safety Authority (NSA) of Denmark notified a request to launch a Joint Network Secretariat (JNS) Urgent Procedure.
The JNS Panel, representing the entire railway sector, agreed and established a task force which was organised and chaired by the European Union Agency for Railways.

The task force was composed of experts from the concerned sector organisations and has defined an action plan containing short-term mitigation measures. The action plan is now available on the website of the European Union Agency for Railways: European Action Plan.

These measures aim at ensuring:

The investigation report is available on the website of the Danish investigation body: https://en.havarikommissionen.dk/railway-archive/2019/2019-2-final/.